10% Discount on All Direct Bookings

Enjoy our beautifully furnished Luxury Rooms equipped with Wi-Fi, superior beds, rich linen, quality towels, bathrobes, Smart TVs, expansive hospitality tray, fresh milk and quality toiletries. Breakfast is a feast for the eyes and a certain delight for the palate with over eight Hot Breakfast choices and a Buffet and more... 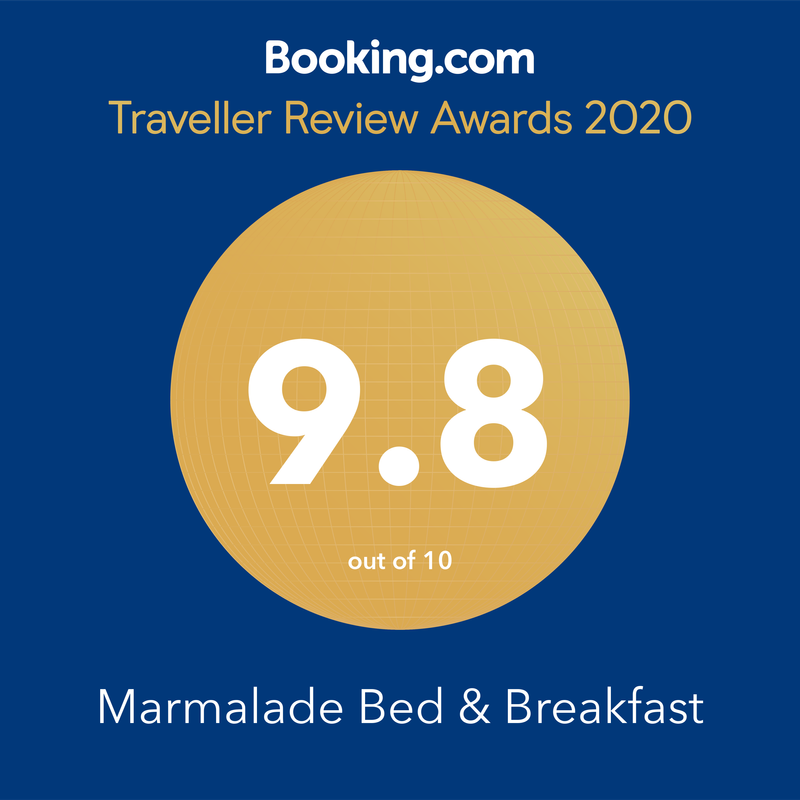 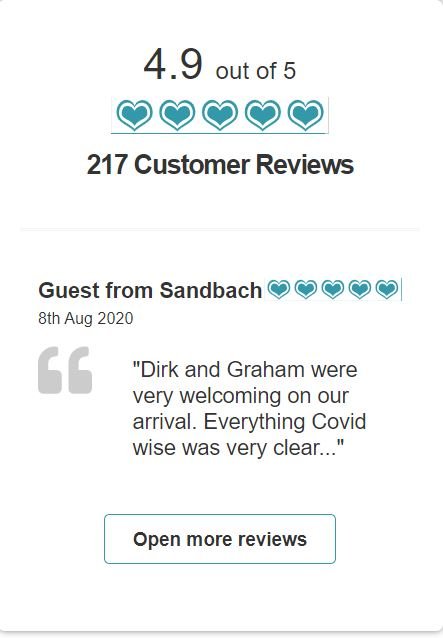 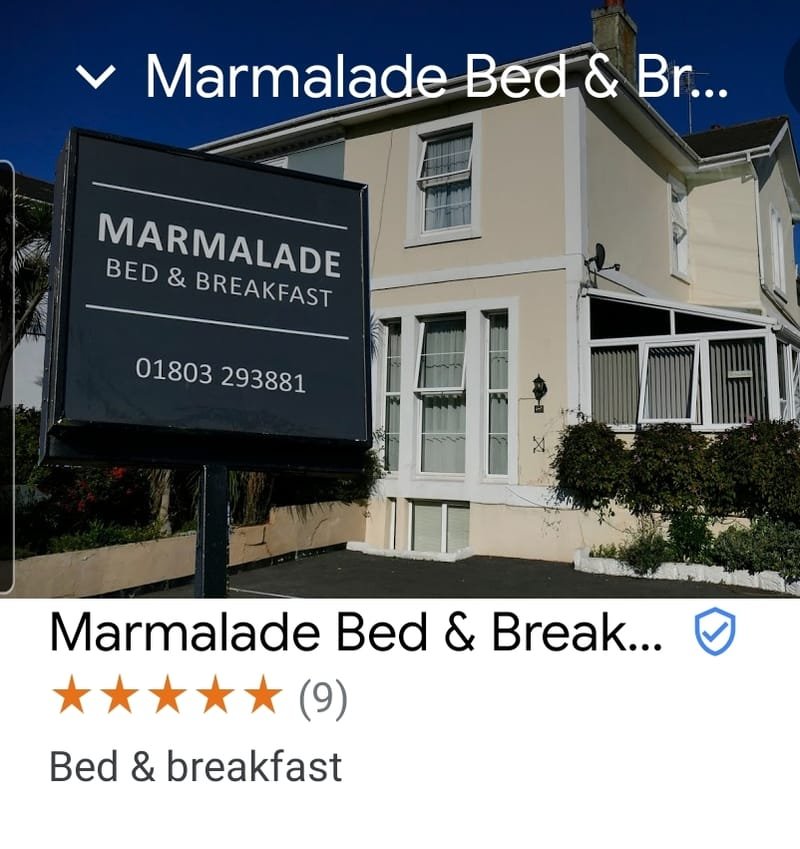 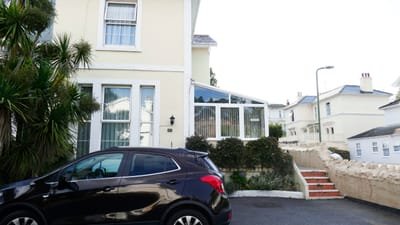 Marmalade has 4 parking bays in-front of the premises. If there is no space in front then there is free street parking in the side road. Please note that parking in any of these areas is at the owner own risk.

So easy, just set your sat nav or, as you drive down Avenue Road towards the sea, spot us on the left, on the corner of Avenue and Vine Road

The best station to use is Torre, which is the stop before Torquay. From Torre Stations, Marmalade bed & breakfast is only an approximate five minute walk down Avenue Road.

Things to do in Devon

A Colourful and bustling fishing port.

A nostalgic look at the days of the 19th century

Over a 22 mile stretch Torbay offer an unspoilt coastline with breath-taking views. The over 20 beaches and secluded coves forms the English Rivera. So whether you’re after a place to lay out your towel, build sandcastles, have a gentle paddle, explore a rock pool or just a quiet place to sit, you’re sure to find a beach to suit. 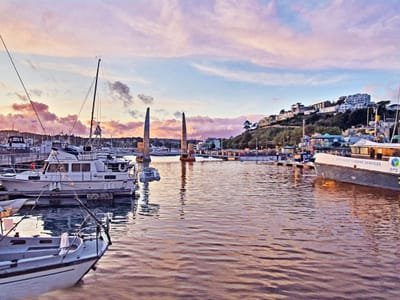 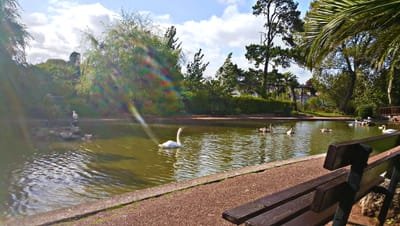 A holiday or a quick break away is important to cultivating togetherness, warmth, to recharge your energy with a well-deserved rest., . It’s the chance for you to take a break for the hustle and bustle of everyday life, relax and create memories that’ll last a life time.

It’s important to choose a holiday that’s at once relaxing and rejuvenating, whilst offering plenty of nearby amenities and comfortable accommodation. This is precisely what our bed and breakfast offer holidaymakers.

Marmalade Bed and Breakfast has a rich history dating back to 1855. Its Victorian design, spacious interiors, high ceilings with eclectic touches of Victorian style and charm. A host of world class restaurants is within easy reach of the establishment, and the famous beaches of Torquay, Babbacombe and Paignton. You’re certain to experience a home away from home. Let your imagination amble around the picturesque accommodation and scenic surroundings as you envision yourself completely unwinding.

Discover vibrant local market towns and quaint country pubs and a host of restaurants. Take in the sea air on a long coastal walk or explore local shopping.

After a day of exploring the surrounding area, settle down and relax in a luxury room, rich in character beautiful finished to the highest standards.

All rooms come equipped with Wi-Fi, smart TV and fridge and spacious interiors.

Relax and unwind, enjoy an unforgettable, scrumptious, full breakfast each day in our sun-drenched dining area.
Contact us today on: 01803 293881 or email us at: stay@marmaladetorquay.co.uk check availability and ask any questions. 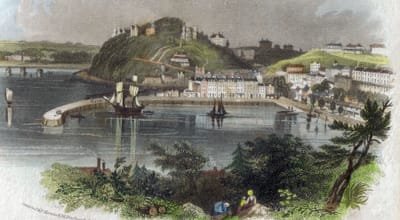 The History of Torquay, a town in Torbay, on the south coast of the county of Devon, England, starts some 450,000 years ago with early human artefacts found in Kents Cavern. There is little evidence of any permanent occupation at Torquay until the eleventh century records in the Domesday Book, though it is known that visits were made by Roman soldiers and there was a small Saxon settlement called 'Torre'. In 1196 Torre Abbey was founded here, which by the time of its dissolution in 1539, had become the richest Premonstratensian Monastery in England. The buildings were bought by Sir George Cary in 1662. The Cary family and the Briwere family between them owned much of the land now occupied by Torquay. By the 19th century, most of the land was owned by three families: the Carys, the Palks, and the Mallocks.

There was little development until the early 19th century, when Lawrence Palk, 2nd Baronet built a new harbour here. Much of the later building in the town was done by his solicitor, William Kitson, who was put in charge of the Palk estates in 1833. At this time the town started to attract visitors in ill health as a winter resort because of its fresh air and mild climate. Its population grew by over ten times in the first 50 years of the century. Later in the century, Torquay became a favoured resort for the upper classes. In 1870, Lawrence Palk, 1st Baron Haldon built another new harbour for the town which made it popular with yacht sailors. It was also extensively used for importing coal and wool from Australia.
During the First World War a number of hospitals and convalescent homes were set up in the town. Between the wars, a major advertising campaign by the Great Western Railway ensured that Torquay became a major holiday resort. In World War II, the town, with its preponderance of hotels, provided extensive training facilities for the RAF. From 1944, many American troops were also stationed here. The town was bombed several times.

In 1948 Torquay hosted the watersports events of the Olympic Games. In 1950 the European Broadcasting Union was formed here. More recently the town has become popular with foreign language students, and since the expansion of the EU in 2004, many Polish and Czech workers have settled here.

(Extract from Wikipedia® a registered trademark of the Wikimedia Foundation, Inc., a non-profit organization.) 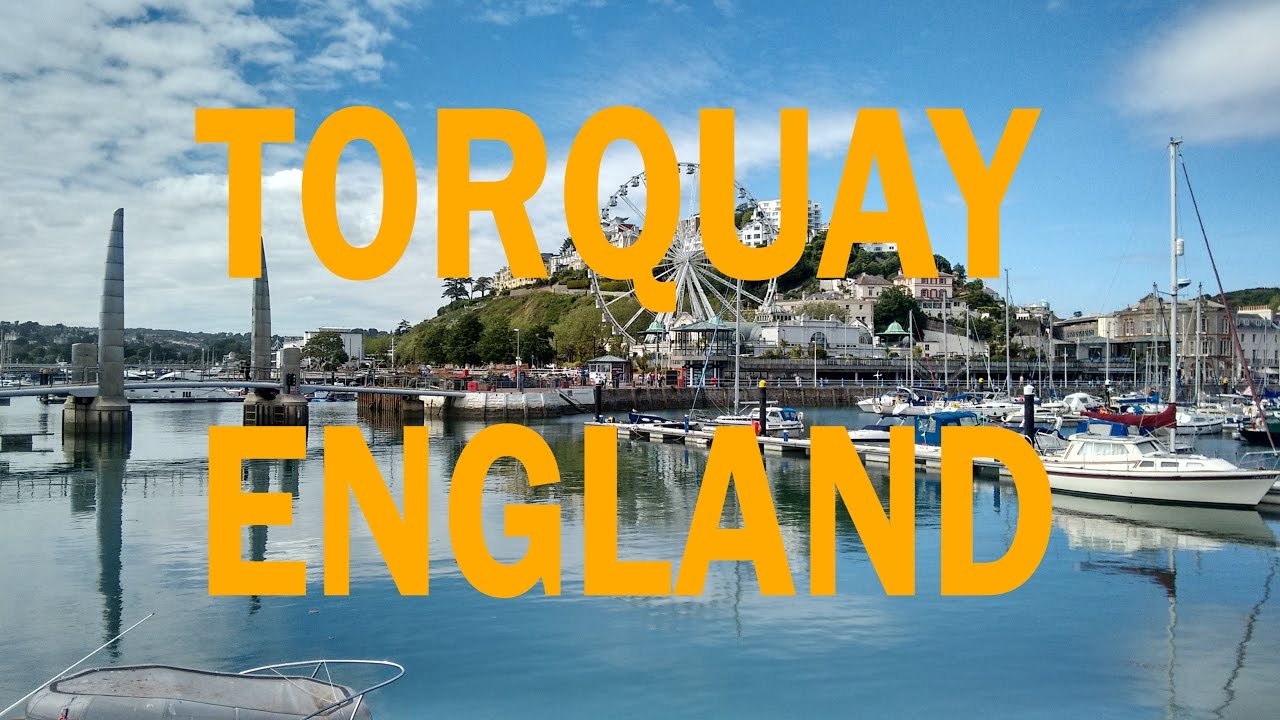 What do you want for Breakfast?

END_OF_DOCUMENT_TOKEN_TO_BE_REPLACED

I hope that everyone that reads this blog will take the time to share in a positive way what you are doing and maybe we can educate and encourage each other to greater things to preserve our beautiful world.